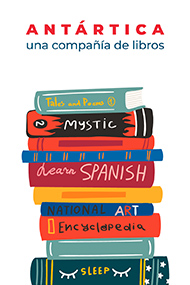 The massive storage of cardiac arrhythmic episodes from Implantable Cardioverter Defibrillators (ICDs) is currently opening a new range of opportunities for electrophysiological knowledge extraction. Large and high-quality databases are increasingly encouraging the development of new Data Analytics (DA) tools supporting cardiologists on their clinical decisions. Within this new context, this book aims to provide a computational solution for two current challenges: (1) the automatic classification of cardiac arrhythmic episodes recorded by ICDs; and (2) the determination of a safety threshold on R-wave amplitudes during a normal Baseline Rhythm (BR) for ensuring a low risk of undersensing Ventricular Fibrillation (VF) episodes in ICDs.
On the one hand, a novel DA-based methodology for the automatic classification of ICD arrhythmic episodes is proposed to be potentially used in real-world ICD scenarios, since: (1) it requires minimal signal preprocessing due to memory and battery constraints; and (2) it deals with episodes of different duration in the presence of non-recording intervals. Besides, the methodology emulates the know-how of expert cardiologists, for which it simultaneously considers heart activation events and signal waveforms.
On the other hand, R-wave amplitudes during normal BR are the current indicators used to subjectively characterize the risk of undersensing VF episodes in ICDs. However, a safety threshold has not been established yet. To tackle this, a DA-based procedure for estimating a safety threshold on BR R-wave amplitudes is proposed, for which: (1) the behavior and undersensing rate of R-wave amplitudes during VF episodes are defined; and (2) the R-wave amplitude relationship between BR and VF episodes is determined.
This book contributes to scientific literature by offering new insights for the development of new DA-based tools to support cardiologists during the follow-up of patients with an ICD.

José María Lillo Castellano received the Telecommunication Engineering degree and the M.Sc. in Information and Communication Technology in Biomedical Engineering from the Rey Juan Carlos University (Madrid, Spain) in 2010 and 2012, respectively. He is currently a hired researcher in the Department of Signal Theory and Communications, Rey Juan Carlos University (Madrid, Spain). Besides, he has worked as visiting scientist in the Spanish National Center for Cardiovascular Research (Madrid, Spain) since 2013. His research interests include machine learning, digital image processing, data analytics and their applications to bioengineering.